Eric Gilman, a fisheries advisor to The Nature Conservancy, Food and Agriculture Organization of the United Nations and other organizations, is a member of ISSF’s Environmental Stakeholder Committee.

Fisheries targeting tunas and other species with high reproductive rates can have large impacts on incidentally caught bycatch species that are less productive, including seabirds, sea turtles, marine mammals, sharks and rays. Changes in gear designs and fishing methods and other methods can mitigate problematic bycatch.

There’s been good progress in identifying effective and commercially viable methods to mitigate problematic bycatch in tuna fisheries. Many management authorities now require use of these methods. However, there’s been a lack of holistic management of fisheries bycatch to account for methods that result in tradeoffs between different at-risk species groups. Sustainable seafood sourcing policies adopted by major tuna buyers, NGO recommendations on sustainable sources of tuna products, tuna RFMO bycatch measures and international plans of action have been piecemeal, focusing on bycatch solutions one species or group at a time, and haven’t accounted for possible conflicting effects on other vulnerable groups. As a result, bycatch measures prescribed to reduce impacts on one at-risk group – sea turtles, for example – may inadvertently exacerbate catch and mortality of another group – such as sharks. Three cases follow. Longline hook shape: Using circle hooks instead of J-shaped hooks of the same minimum width reduces leatherback turtle catch rates and results in more hard-shelled turtles being hooked in the mouth or body instead of deeply hooked. Circle hooks therefore likely increase the probability of turtle survival, at least in shallow- set fisheries where turtles tend to survive the gear soak (in deep-set fisheries, most caught turtles drown before gear is retrieved). There’s evidence, however, that sharks have a 20% significantly higher risk of capture on circle vs. J-shaped hooks (Gilman et al., 2016). Therefore, switching from J-shaped to circle hooks reduces impacts on turtles but increases catches of sharks.

Purse Seine Set Type: The second example compares bycatch rates in purse seine free school sets (sets on tuna schools not associated with floating objects, dolphin schools or large live marine organisms) vs. sets made on drifting Fish Aggregating Devices (FADs) and other floating objects. Purse seine sets on drifting FADs and logs have higher catch rates of juvenile bigeye tuna and silky and oceanic whitetip sharks, which are overfished in some regions. However, free school sets have much higher yellowfin tuna catch rates, which is overexploited in the Indian Ocean and risks becoming overexploited in other regions if there was increased pressure due to a transition from FAD to free school fishing. Free school sets also have higher catch rates of billfishes, including of some stocks that are overexploited – such as north Pacific Ocean striped marlin. Free school sets also have higher catch of mantas and devil rays, which are listed by IUCN as Threatened and Near Threatened, respectively.

While there are extremely low levels of turtle captures in purse seine fisheries – about 200 per year globally – there are large difference in turtle catch rates by set type. In the western and central Pacific Ocean, where nearly 60% of principal market tunas are caught, sea turtle catch rates are higher in free school sets relative to FAD sets, and are highest in sets on logs. Leatherback sea turtles, an IUCN Vulnerable species, are caught about 90% more frequently in school sets than in associated (FAD and log) sets – this species tends not to aggregate at floating objects (Williams et al., 2009; Dagorn et al., 2012; Hall and Roman, 2013). Therefore, switching from FAD sets to free school sets will reduce impacts on some at-risk species, but at a cost to others.

Longline bait type: In longline fisheries, using small fish species for bait instead of squid results in large reductions in sea turtle catch rates. However, for most species of sharks there is an opposite effect of bait type. There is also a higher incidence of deep hooking sharks with fish bait instead of squid bait (Gilman et al., 2016). Therefore, switching bait from squid to fish reduces impacts on turtles but increases impacts on sharks.

Furthermore, bycatch mitigation method’s efficacy as well as economic viability can vary by individual fishery – this is yet another area that’s received inadequate attention. For example, advocating for the global use of circle hooks in place of similar sized J-shaped hooks will be of little benefit to turtles in deep-set longline fisheries that catch hard-shelled but not leatherback sea turtles. And, prescribing a hook minimum width should account for the sizes of hard shelled turtles and fishes, including market species, overlapping with an individual longline fishery – because one size does not fit all, in this case.

These are just a few examples of bycatch mitigation methods for tuna fisheries that result in conflicts and have fishery-specific efficacy and economic viability. There are numerous bycatch mitigation methods that are consistently effective across fisheries, don’t result in tradeoffs and provide mutual benefits. For example, recent designs of FADs reduce risk of entanglement of sharks, sea turtles and other organisms (ISSF, 2015). Some FAD designs are reverting from synthetic to biodegradable materials – to reduce marine debris. These changes in FAD designs provide mutual benefits to sharks and sea turtles with no adverse effect on catch rates of other at-risk species, and effectiveness is not expected to vary by fishery.

In conclusion, while some bycatch mitigation methods are suitable across at-risk species groups and are effective across fisheries, others have conflicting effects, benefiting some vulnerable species but increasing catch of other vulnerable groups, and efficacy at mitigating problematic bycatch and effect on target species catch rates can vary by fishery. As a result, fishery-specific and holistic assessments of relative risks are needed.

Eric, Petri Suuronen of the Food and Agriculture Organization of the United Nations, and Martin Hall of the Inter-American Tropical Tuna Commission will lead a session on Monitoring, Assessing & Mitigating Bycatch of Species of Conservation Concern in Tuna Fisheries at the May 2016 World Fisheries Congress. Eric will make a presentation on accounting for conflicts between species groups during their session. See http://www.wfc2016.or.kr/english/02_program/02_program.asp for more information.

Click here for a recent article in the journal Fish & Fisheries on cross-taxa conflicting effects of longline hook shape.

Dagorn, L., Holland, K., Restrepo, V., Moreno, G. 2013. Is it good or bad to fish with FADs? What are the real impacts of the use of drifting FADs on pelagic marine ecosystems? Fish and Fisheries 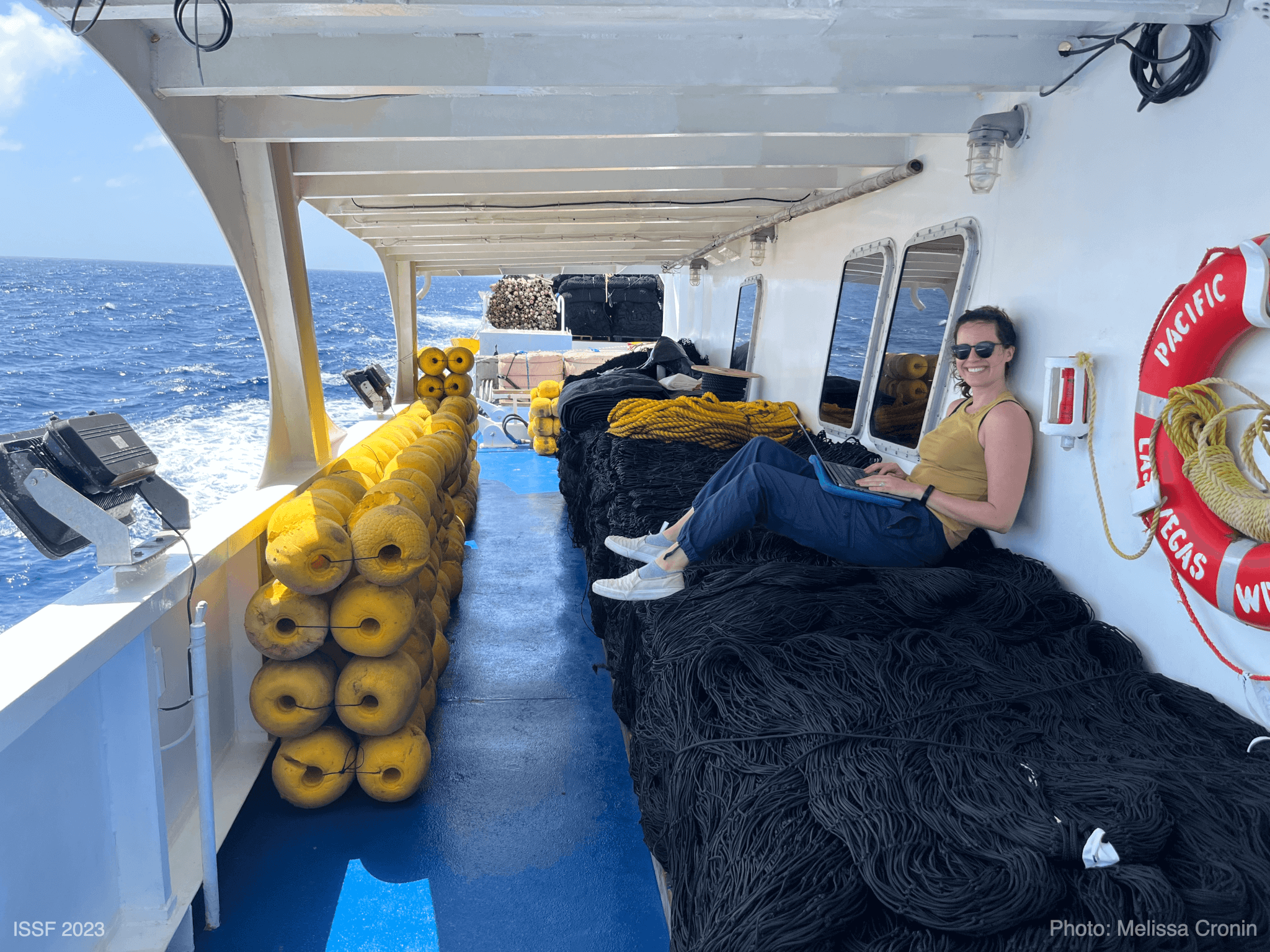