Sonar Innovation Could Single Out Sustainable Tuna Species from Afar

The key development is an innovative application of electronic fish-finders like those commonly used by commercial tuna fleets. A multinational research team conducted the investigation under the sponsorship of the International Seafood Sustainability Foundation (ISSF).

In a research article titled Acoustic Discrimination of Tropical Tuna, published today in PLOS ONE, the peer-reviewed open-access journal of the Public Library of Science, the ISSF team’s findings address a chronic challenge for commercial fishing fleets: How is it possible to identify and harvest mature, sustainable tuna without disturbing young fish or other species in the same vicinity?

As corresponding author Gala Moreno, Ph. D., explains, “If you’re working with land animals, you can walk right up to the herd and count them by size and species. But, typically, fish are out of your reach, hard to see, and constantly moving in three dimensions.”

Tuna support some of the world’s largest and most valued fisheries. The prevailing technique in many tuna fisheries worldwide employs large “purse seine” nets to collect everything that swims inside a circle of up to 500 meters (about a third of a mile) across and as much as 180 meters deep. Typically, purse-seine fishing is conducted near fish-aggregating devices (FADs), passive structures built to exploit marine life’s tendency to gather beneath floating objects.

In an ideal scenario, a purse-seine vessel would head for a given FAD where shipboard or FAD-based electronics have detected a promising mass of fish. Then (again, ideally) the crew would set its net and haul in a uniform catch of mature skipjack tuna, a favored species that’s considered plentiful enough to be caught sustainably.

In practice, however, FADs attract mixed populations that include unacceptably small skipjack, as well as yellowfin and bigeye tuna of all sizes, which can be proscribed in certain waters. But sorting them out before the net closes in is practically impossible. A technology capable of analyzing the proportions of various tuna species swimming together, at a distance, would:

Current acoustic technology can detect schools of tuna around FADs remotely, but so far no conventional onboard or FAD-mounted device can distinguish fine detail such as fish sizes or species. Based on innovative field work, performed at sea on commercial fishing vessels, the new paper explores a technique for repurposing standard echolocation devices to predict not only the quantities but also the mix of sizes and species in an aggregation of fish.

A key factor is the gas-filled swim bladder that regulates buoyancy in most bony fishes. The interface between the trapped gas and the bladder envelope is an effective sound reflector. Marine echolocation devices work primarily by emitting powerful sonic pulses, then reading the sound that bounces back from that interface or other tissue. Each species reflects certain frequencies more strongly than others, so each presents a distinctive acoustic signature.

Although acoustic properties have long been used to assess the abundance and species of fish other than tuna, the ISSF team’s work has produced the first sonic-discrimination data that could lead to practical, selective tuna fishing techniques around FADs in the tropics.

According to Dr. Moreno, “Our research opens the door to several positive developments: faster growth of knowledge about the acoustic properties of tropical tunas; the advantages of close collaboration with commercial operations in support of science; definition of the conditions necessary for applying this technology for selective fishing; and projections of other uses of direct acoustic observations, as direct indices of tropical tuna abundance, to support tuna conservation.”

Financial Disclosure
The research reported in the present document was funded by the International Seafood Sustainability Foundation and the Common Oceans ABNJ Tuna Project. The research was conducted independently by the authors. The funders had no role in study design, data collection and analysis, decision to publish or preparation of the manuscript. 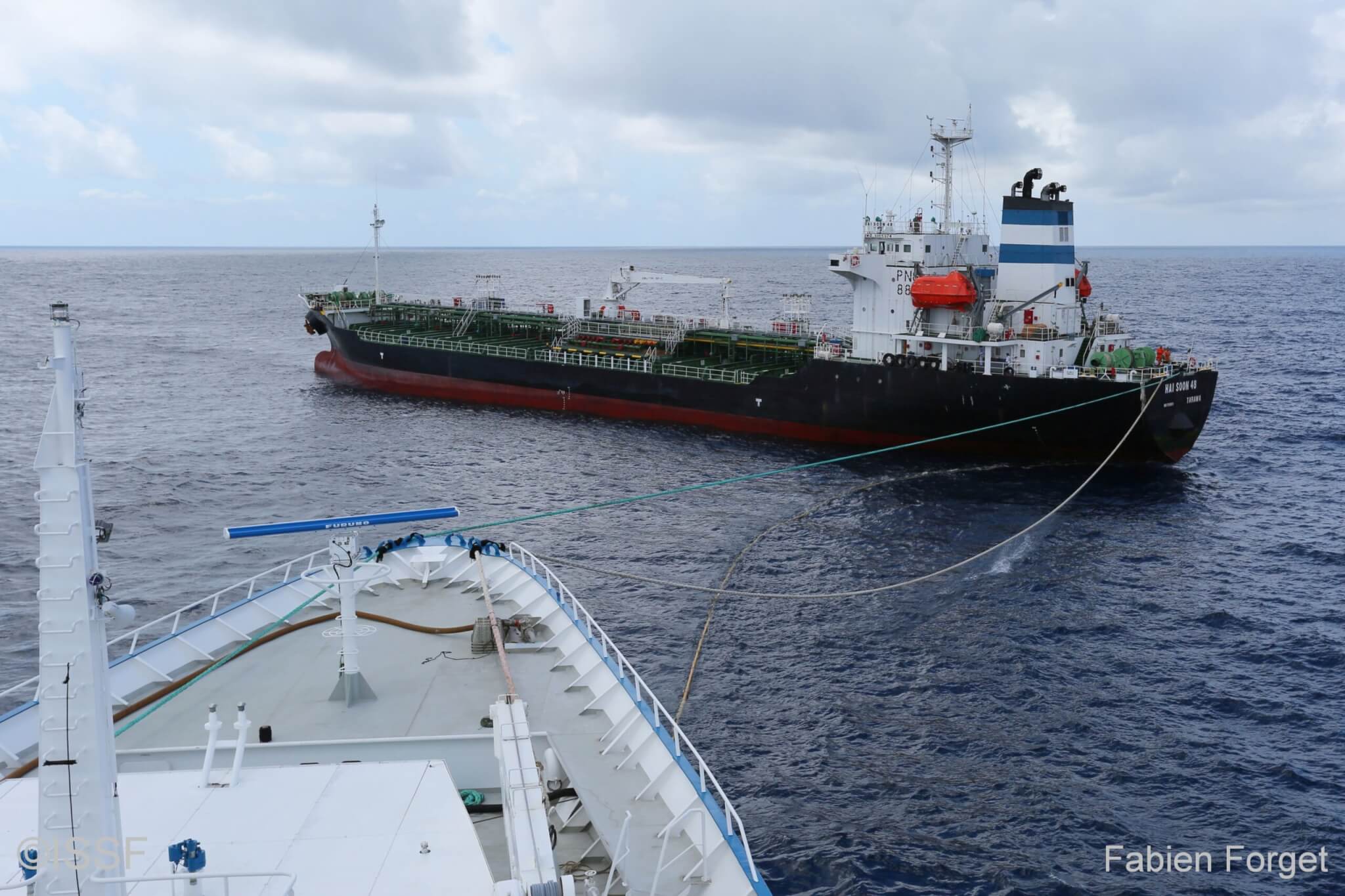 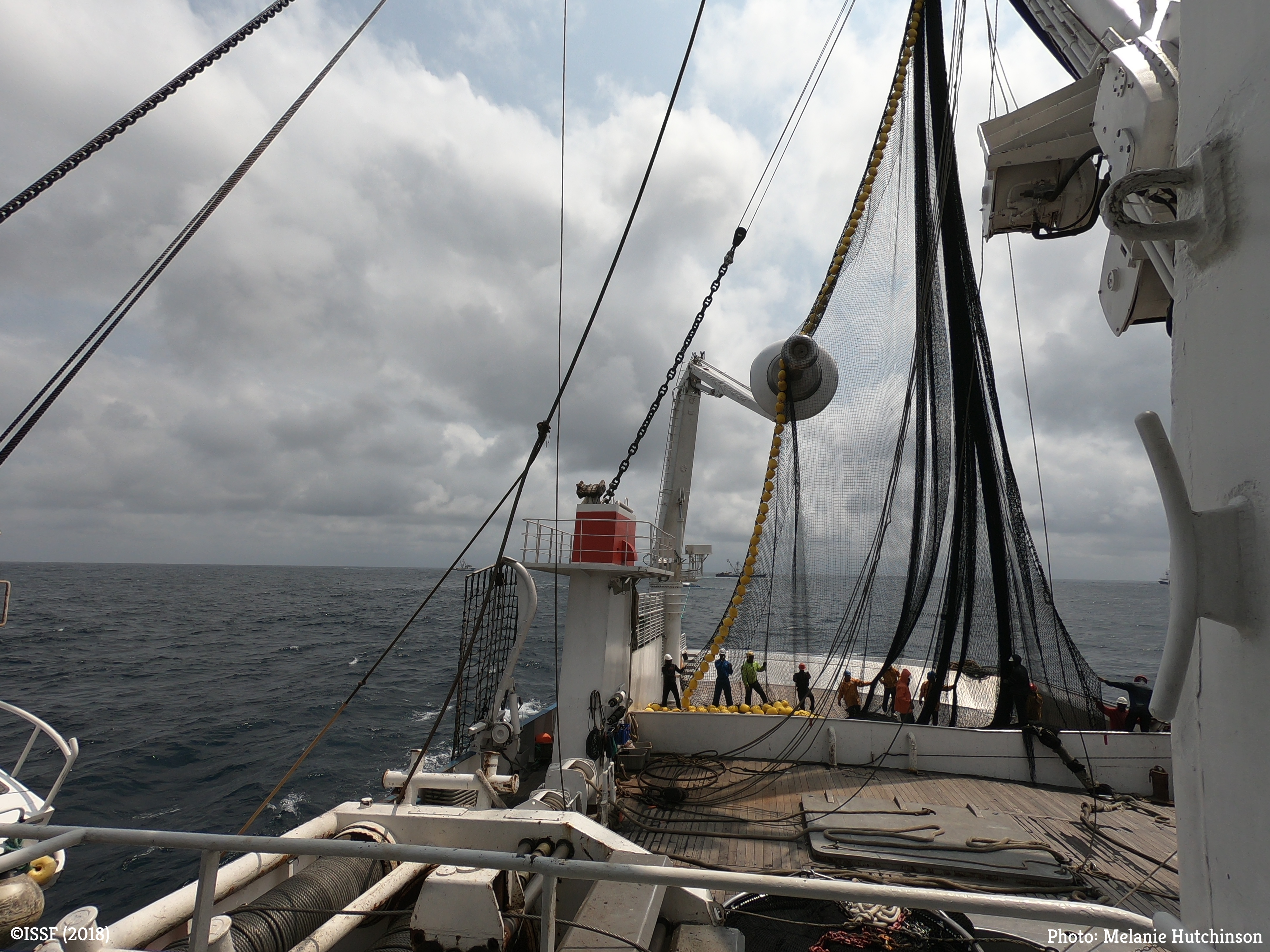