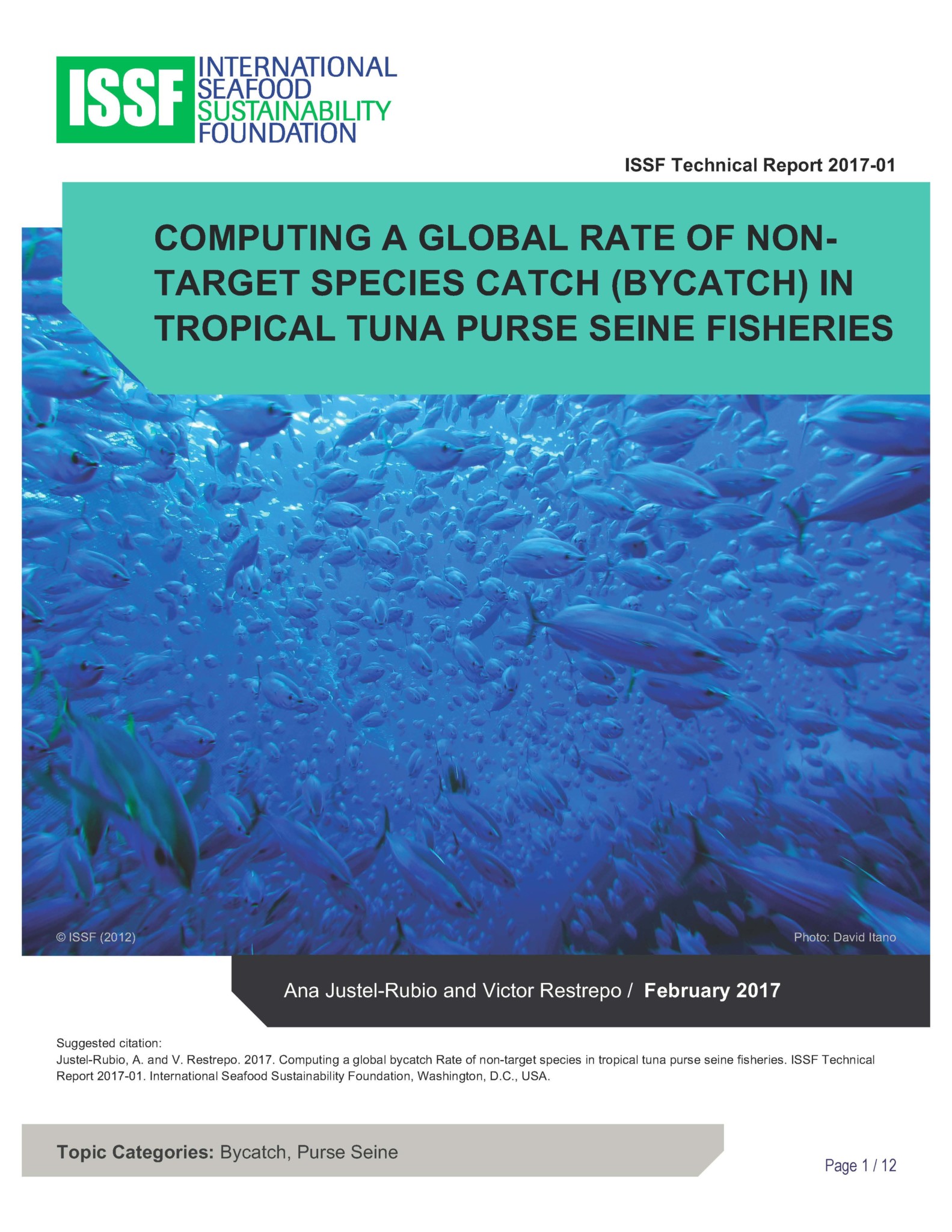 We present estimates of bycatch rates for the tropical tuna purse seine fisheries using observer data for 2011-2015 from all oceans.

The term “bycatch” refers to the catch of anything that is not the main reason for which the skipper is fishing, irrespective of its fate (retain or discarded). The target tunas in this fishery are skipjack, yellowfin and bigeye. Note, however, that many of the incidental catches, such as small tuna species, are valuable and are retained and end up being marketed and consumed. Therefore, we also present estimates of bycatch rates excluding minor tunas.

We estimate the average 2011-2015 global bycatch rate to be 1.4% of the target tunas caught (0.92% if minor tunas and bonitos are excluded), which is low for a large industrial fishery. Some organizations and individuals give importance to such a single number as a proxy for measuring the environmental impact of a fishery.

The impact of fishing on individual species, target and non-target, needs to be assessed through adequate monitoring and research.