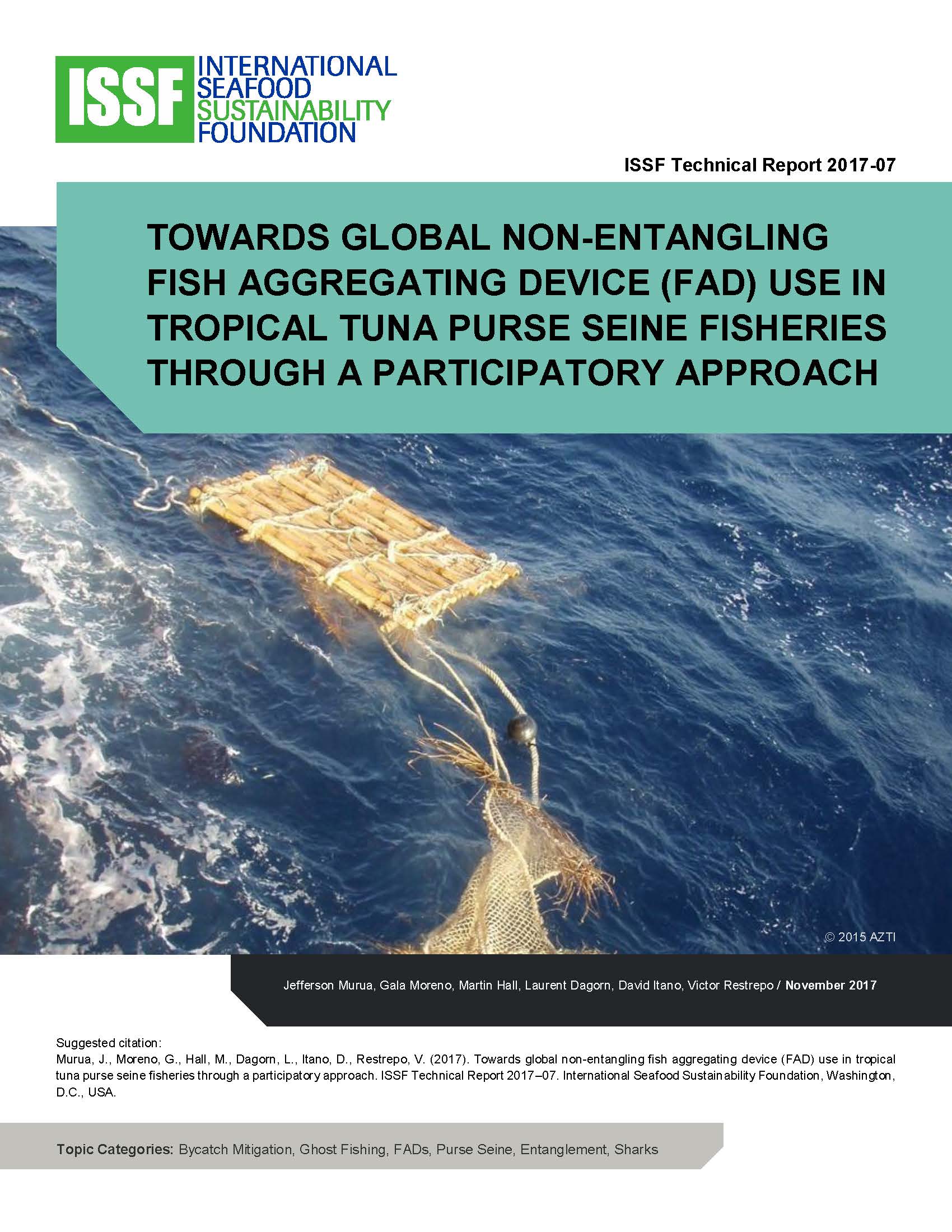 The impact of bycatch caused by cryptic fishing, including ghost fishing by gear lost at sea, is poorly understood. Since the 1980s, purse seine fishers have deployed floating objects at sea, with ten to a hundred meters deep large mesh net panels hanging beneath a floating structure, to aggregate tuna schools. Known as drifting fish aggregating devices (dFADs) their numbers have rapidly increased globally. Unexpectedly high shark entanglement levels in dFAD netting were first identified in the Indian Ocean in 2012, when all dFADs had loosely hanging large mesh size net panels with potential for higher entanglement risk of dFAD associated species (HERFADs).

Many fleets since have adopted lower entanglement risk FADs (LERFADs) and non-entangling FADs (NEFADs), which were initially designed by fishers in collaboration with scientists to minimize entanglement. The move to more sustainable FAD designs has not affected target tuna catches in any of the oceans. These advances have been supported by FAD entanglement-mitigating management measures adopted by regional fisheries management organizations (RFMOs) in the Indian, Atlantic and Eastern Pacific Oceans. Only the Western and Central Pacific region has no FAD entanglement preventive recommendations put forth by its RFMO at present.

Information gathered in workshops held in all RFMO regions with skippers and vessel visits at key tuna ports indicate that LERFAD and NEFAD implementation is almost one hundred percent in the Indian and Atlantic Oceans, and very high in the Eastern Pacific Ocean. On the other hand, in the Western and Central Pacific Ocean, except for anchored FADs (aFADs), most are HERFADs. Ocean-specific studies examining shark ghost fishing rates by different FAD types are currently lacking.

In addition, harmonization of NEFAD definitions and observer data collection methods across RFMOs would be useful to scientists and industry. Given the increasing number of dFADs and the vulnerable life history and poor population status of sharks, the replacement of HERFADS in the Western and Central Pacific Ocean, the largest tuna fishery in the world, for entanglement reducing designs should be promoted.