From Manta to Yaizu: Fisher-Scientist Collaboration for Sustainable Tuna Fisheries Spans the Globe

It was a busy summer for the ISSF Skippers Workshop program, where tuna fisheries scientists and purse seine fishers dialogue on the best ways to minimize bycatch and the impacts of FADs. The first stop was Spain in mid-July, where an important portion of the Spanish fleet, which operates in all tropical oceans, participated in a workshop held in the fishing town of Vigo. In addition to skippers, many deck-bosses and other deck crew directly involved in the handling of bycatch species were present to learn about best available release practices.

This event was followed in early August by a series of workshops with fleets operating in the Eastern and Western Pacific Oceans. Coinciding with the first closure period — when approximately half the Ecuadorian fleet stops fishing and goes home to Manta — a workshop was organized with help from the Asociación de Atuneros del Ecuador (ATUNEC) and presented in collaboration with Inter-American Tropical Tuna Commission (IATTC) scientists.

Ecuador has the largest tuna fleet in the Eastern Pacific, and a record crowd of 135 fishers assembled this time. In the meeting the principal topic was non-entangling biodegradable FADs, made with natural materials that do not pollute the ocean if the floating object is lost. Open discussions with IATTC and ISSF scientists were held on ways to test this kind of FAD at a fleet level to achieve the best results.

The second workshop in Latin American was Panama. A workshop in Panama City was held with support from the local aquatic resource authority (Autoridad de los Recursos Acuáticos de Panamá, ARAP). While the group of skippers was smaller this time, there were plenty of opinions and feedback from participants — especially on the issue of fishing strategies used by different companies. This information is incredibly valuable to understand fishing behavior and associated implications on fishing efficiency or impacts on particular tuna stocks.

The next stop was San Diego, home to the U.S. tuna fishing fleet. The workshop was well attended thanks to the help of the American Tunaboat Association (ATA). Many of the U.S. captains are among the most experienced skippers worldwide, several attendants having worked over 40 years in the Eastern and Western Pacific Oceans. Their expertise is key to understanding changes in the fishery over the last decades and to designing better solutions for sustainable fishing. This fleet recently moved to non-entangling FADs, one of the first in the Western and Central Pacific to do so.

The final Summer 2018 workshop took place in Yaizu, Japan, with much appreciated support from the Japanese Overseas Purse Seine Fishing Association Kaimaki and well-known fisheries scientists from institutions of the Japan Fisheries Research and Education Agency like the Marine Fisheries Research and Development Center (JAMARC) and the National Research Institute of Far Seas Fisheries (NRIFSF). Many members of the tuna companies participated in this first ISSF Skippers Workshop conducted in Japan. In addition, purse seine and pole-and-line vessels and tuna processing facility visits ensued, which helped visiting ISSF scientists understand better the technology used by the boats and how the Japanese market targets high-quality tuna products.

Overall, five distinct fleets were visited this summer, each with their own fishing technology and strategies, operating in different regions with unique oceanographic and biological conditions. Documenting this diversity is key to designing better sustainable fishing practices that adapt to each situation, thus favoring their rapid adoption. Regardless of the fleet or the country, a common element among the workshops was evident — the willingness of fishers to improve the selectivity of their fishing gear and operations to ensure healthy tuna stocks and their ecosystem. 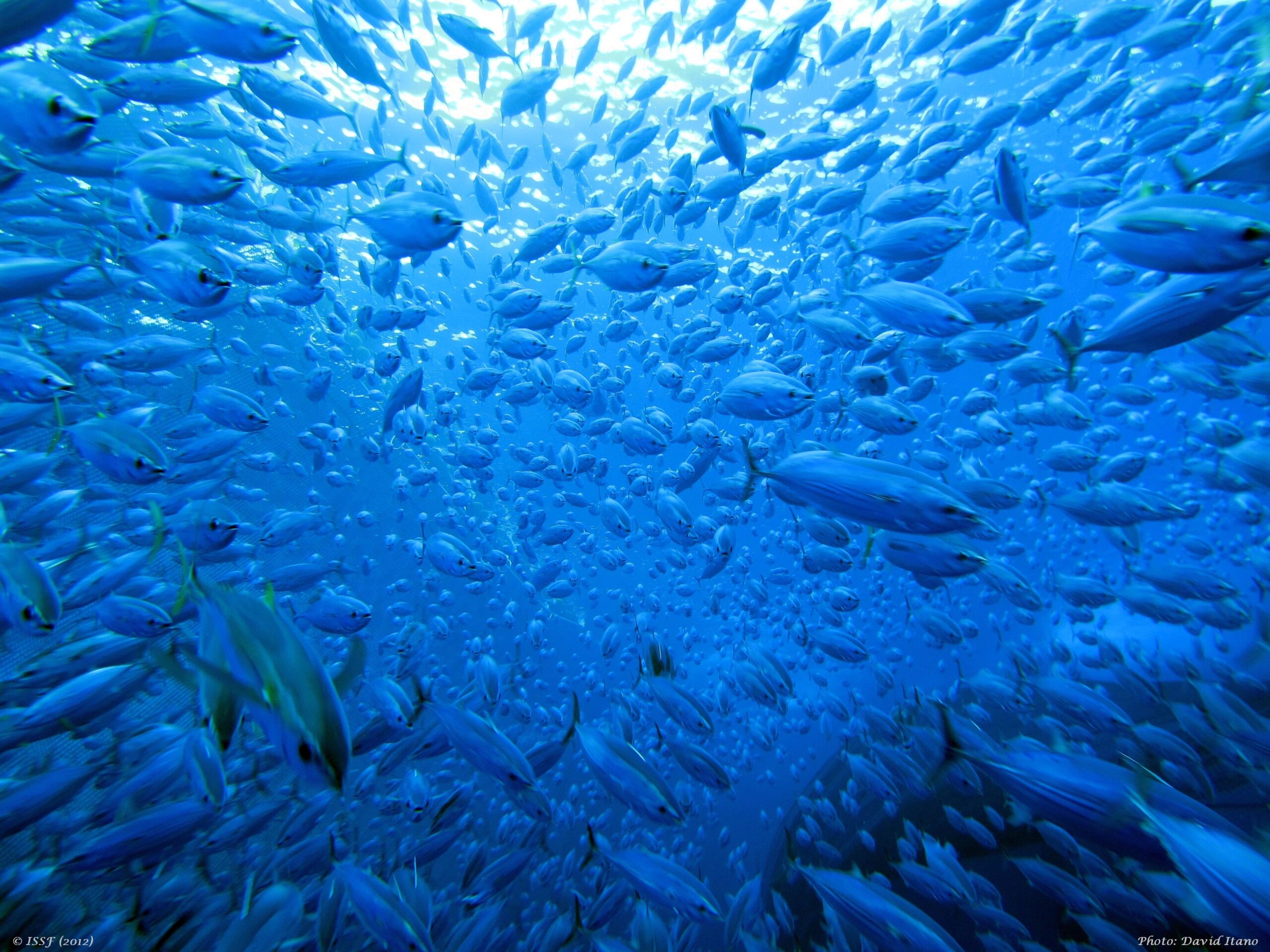