In addition to offering guidance on ISSF research priorities and supporting the many technical reports ISSF publishes — notably the annual Status of the Stocks report and analysis of tuna fisheries against Marine Stewardship Council (MSC) Performance Indicators — the Committee provides reference material for the Board of Directors to consider prior to taking action on sustainability efforts.

Our 2020 Annual Report includes “Transparency Matters,” an article by SAC member Dr. Andrew Rosenberg of the Union of Concerned Scientists.

In addition to his work as vice president, science, Dr. Restrepo currently serves as chair of the ISSF Scientific Advisory Committee and as a member of the ISSF Board of Directors. Previously, he worked with the International Commission for the Conservation of Atlantic Tunas (ICCAT).

Dr. Restrepo has also served as the chief of the NOAA/NMFS Sustainable Fisheries Division in the southeast US, where he acted as head scientist of the USA Delegation to ICCAT. He has also spent time as a population dynamics expert at ICCAT, as an associate professor at the University of Miami and as an IPA research specialist at the National Marine Fisheries Service’s Office of Science and Technology in Silver Spring, Maryland.

He has also attended numerous scientific meetings of ICCAT, ICES, NAFO, FAO and US, and chaired ICCAT working groups on Precautionary Approach and Stock Assessment Methods. In addition, he has also served as the chairman of GFCM-ICCAT working group on Mediterranean Large Pelagic Fishes. Dr. Restrepo holds a PhD in population dynamics from the University of Miami, as well as a BSc in marine science and biology from the University of Miami.

In 2009, Dr. Meryl J. Williams initiated AsiaPacific-FishWatch on behalf of the AFS. She is also currently involved in several non-executive positions, including member of the Scientific and Technical Advisory Panel of the Global Environment Facility, chair of the Australian Centre for International Agricultural Research Commission and member of the Scientific Steering Committee for the Census of Marine Life.

From 2004 to 2005, Dr. Williams served as the inaugural executive officer of the Future Harvest Alliance Office of the Consultative Group on International Agricultural Research. From 1994 to 2004, she was the director general of the WorldFish Center, concentrating the Center’s focus on eradicating poverty, improving people’s nutrition, and reducing pressure on the environment.

Dr. Williams was elected a Fellow of the Academy of Science, Technology and Engineering in 1993, and awarded an Australian Centenary Medal in 2003 for her contributions in marine science to Australian society and government. She has also written over 80 research papers, technical reports, conference proceedings, and books.

Dr. Alexandre Aires-da-Silva is Coordinator of Scientific Research at the Inter-American Tropical Tuna Commission (IATTC). He joined IATTC’s Tuna-Billfish group in 2007, with the main responsibility of conducting stock assessments of bigeye tuna in the eastern Pacific Ocean. He also has served on the ISC Working Groups on Pacific bluefin tuna, albacore, and sharks.

He has a keen interest in building scientific research capacity in developing countries through cooperative work and teaching activities, and has coordinated the collaborative regional effort to develop stock assessments of data-poor species, particularly sharks and dorado. Dr. Aires-da-Silva specializes in stock assessment, but his career has covered a great diversity of experience in fisheries science, from modern quantitative methods to team leader on several research cruises. He began his career at the University of the Azores, Portugal, where he worked on pelagic longline fisheries with an emphasis on sharks.

He received a Fulbright Scholarship to the School of Aquatic and Fishery Sciences at the University of Washington, USA, where his Ph.D. research focused on the population dynamics of the blue shark in the North Atlantic Ocean.

Alejandro Anganuzzi is currently Global Coordinator for the Common Oceans ABNJ Tuna Project based in Rome at the UN FAO. Previously, he served as the executive secretary of the Indian Ocean Tuna Commission (IOTC) based in Victoria, Seychelles. In this role, Anganuzzi had overall responsibility for planning, coordination, and administration of the Secretariat activities in accordance with the agreements and decisions of the members of the Commission, including scientific and compliance activities.

From 1998 to 2003, Mr. Anganuzzi served as the deputy secretary and science manager for the IOTC. While in this role, he supervised the technical activities of the Secretariat, including capacity building in data collection, database development, data analysis, production of publications in various formats, and development of software. He coordinated the support to meetings of the IOTC Working Parties and Scientific Committee, including scientific advice as requested, and assisted in the organization of the Commission and the Scientific Committee meetings.

Prior to his work at the IOTC, Anganuzzi also worked for the Inter-American Tropical Tuna Commission (IATTC) from 1984 to 1997, where, among other subjects, he worked on the estimation of abundance of dolphin populations, and on modeling of the dynamics of tuna fisheries in the eastern Pacific Ocean.

A French senior scientist working for the Institut de Recherche pour le Développement (France), Dr. Laurent Dagorn has published more than 70 scientific papers, of which more than half were in peer-reviewed international journals. He has been working on fish aggregating devices (FADs), with a special emphasis on the behavior of fish at these FADs, for about 20 years. He has spent about 12 years in the Pacific (French Polynesia, Hawaii, California) and Indian (Seychelles, La Réunion) oceans, collaborating with various scientific organizations and is based in France.

Since completing the coordination of a European Union project (FADIO) on the behavior of fish at drifting FADs in 2006, Dr. Dagorn has been the coordinator of a major EU funded project (MADE) dealing with the mitigation of adverse ecological impacts of open ocean fisheries (tuna purse seiners and longliners) in the Indian ocean, Atlantic ocean, and the Mediterranean Sea.

Dr. John Hampton serves as the Chief Scientist of the Fisheries Aquaculture and Marine Ecosystems (FAME) Division of The Pacific Community (SPC), focusing on oceanic fisheries. His work spans the biology and ecology of tunas, fisheries monitoring, stock assessment and harvest strategy development for western and central Pacific tuna fisheries.

Dr. Hampton was previously a Deputy Director of FAME, responsible for management of the Oceanic Fisheries Programme. Before his time at SPC, he was an experimental scientist at the CSIRO Division of Fisheries Research, and a biologist at the Fisheries Division of the Department of Primary Industry in Australia. Dr. Hampton holds a B.Sc. (Hons) from James Cook University of North Queensland, and a Ph.D. from the University of New South Wales, where his research focused on population dynamics and fishery management of southern bluefin tuna (Thunnus maccoyii).

Andrew A. Rosenberg is director of the Center for Science and Democracy at the Union of Concerned Scientists. He has more than 25 years of experience in government service and academic and nonprofit leadership. He is the author of scores of peer-reviewed studies and reports on fisheries and ocean management, and has published on the intersection between science and policy making.

Dr. Rosenberg came to UCS from Conservation International, where he served for two years as the organization’s senior vice president for science and knowledge. Previously, he served as the northeast regional administrator of the National Marine Fisheries Service at the National Oceanic and Atmospheric Administration, where he negotiated recovery plans for New England and mid-Atlantic fishery resources, endangered species protections, and habitat conservation programs. He later became deputy director of the service. Dr. Rosenberg is also the convening lead author of the oceans chapter of the US Climate Impacts Advisory Panel. He was a member of the National Academy of Sciences’ Ocean Studies Board and the US Commission on Ocean Policy.

Dr. Josu Santiago is the principal researcher and head of Area Tuna Research at AZTI’s Marine Research Division, and he just finished four years of serving as chair of the Standing Committee for Research and Statistics at the International Commission for the Conservation of Atlantic Tunas (ICCAT).

Santiago holds a PhD in biology, “Dynamics of North Atlantic Albacore,” from the University of the Basque Country in Spain.

Dr. Keith Sainsbury has a background in marine and fisheries research and modeling, including working as a senior principle research scientist and leading major research groups for over 20 years in the Australian federal research organization (CSIRO). Sainsbury also serves as a member of MSC’s Technical Advisory Board and is considered one of the foremost experts on the precautionary approach to fisheries management.

In 2004, Dr. Sainsbury was awarded the Japan Prize for his contribution to understanding and management of shelf ecosystems.

Dr. Scott is an expert on tuna fishery stock assessments. He formerly served as a senior advisor on the US NOAA-Fisheries Southeast Fisheries Science Center’s (Miami, Florida) resource assessment research programs, conducting stock assessment research to support domestic and international management decisions on Atlantic large pelagic fisheries resources. From 2005 to 2010, he served as the elected chair of ICCAT’s Standing Committee on Research and Statistics and was previously the chief US scientist to ICCAT.

He holds a PhD (biological oceanography) from the University of Rhode Island and an AB (zoology) from the Miami University in Oxford, Ohio.

Previous to his work with the National Marine Fisheries Service, Dr. Squires served as a visiting scientist with the WorldFish Center, as well as on the US Delegation to Renegotiate South Pacific Tuna Treaty and as the Pacific Fishery Management Council leader of the Highly Migratory Species Plan development team.

Dr. Squires has co-authored six books and written over 75 academic papers. He has a PhD in resource economics from Cornell University, and an MS and BSc in agricultural economics from the University of California, Berkeley.

Learn about the Terms of Reference that apply to the members of our Scientific Advisory Committee.

Visit ISSF’s YouTube channel to watch our “Getting My Feet Wet” video series, featuring SAC members —and other scientists working with the ISSF team —about their careers in fisheries and marine science. 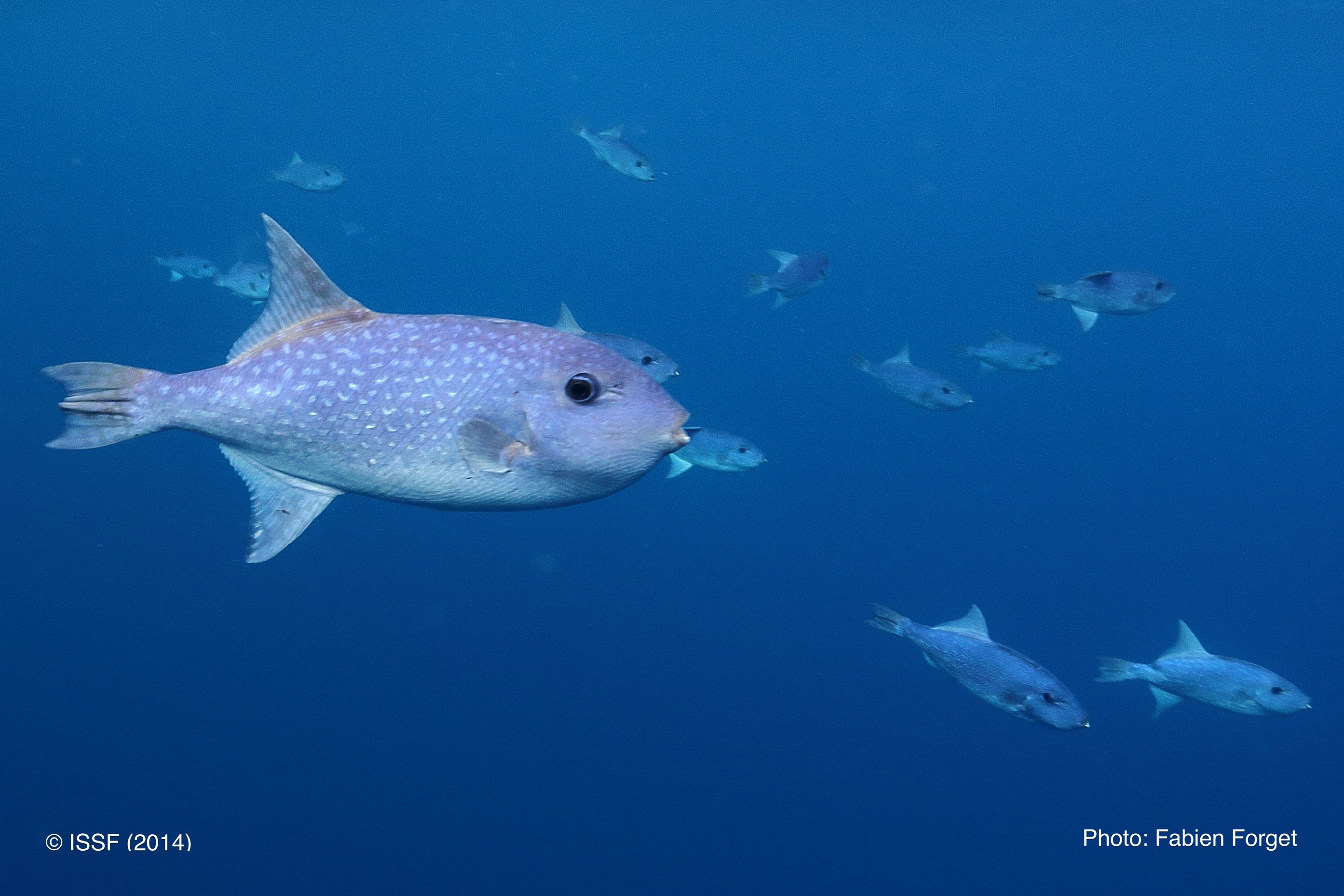